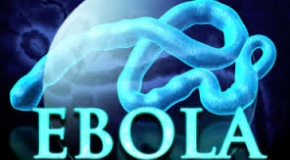 Obviously, we find ourselves in a world in which the established socio structures and institutions are been influenced by the devil and his cohorts working tirelessly to hinder, as well as frustrate the finished work of our Lord Jesus Christ, thereby to accomplish the will of their master (the devil) which sole aim is to kill, steal and destroy. Therefore, it was not a thing of surprise when the reports came out that the ‘Anointing water’ sent by Prophet T.B. Joshua’s Ministry to help cure the Ebola Virus diseases that was ravaging the West African nation of Sierra Leone faced strong opposition from international organizations. It was said that those international organizations confiscated some bottles of the Anointing water that was supposed to be used to cure and eradicate the Ebola virus from Sierra Leone claiming that medically, there was no scientific proof that it could cure Ebola even though the President of Sierra Leone, Dr Ernest Bai Koroma authorized that the Anointing water should be allowed to be used on those Ebola’s patience.

When Prophet T.B. Joshua announced his desire to help the nations affected by the deadly Ebola virus with financial aid and Anointing water normally, it was supposed to be a thing of Joy and something that should be encouraged by all and sundry irrespective of their opinion about Faith healing. Based on the fact that the Anointing water from SCOAN is well known all over the world for its efficacy in healing countless number of diseases that even medically cannot be cured. It was expected of those international health organizations and nations of the world to key into these great blessing from God to humanity by encouraging the use of the Anointing water to help eradicate the deadly diseases, but unfortunately, the reverse was the case; they resisted and frustrated the move of God in the nation of Sierra Leone.

As common as this revelation maybe to many, this has again exposed the world and their institution for whom they really are. We are in a world that has lost touch with the reality of the healing power of God; a world where many don’t have Faith in God anymore. That is why most of the powerful institutions in the world of today are link to Satanism and their aim is to promote the agenda of the devil and resist/frustrate anything that carries the mark of God. Can’t we see how powerful institutions that suppose to sustain and uphold the natural nature of men are now the ones forcing sovereign nations of the world to accept Homosexuality as ‘normal’? Who knows if this may be one of the reasons for the September 12th, 2014 terror attack that led to the collapsed of a guest house at the premises of the Synagogue Church of all Nations (SCOAN) which claimed the lives of many worshippers?

We are in a generation that now worships science more than God, who actually created science. It is what science says that is now acceptable not what God says. This is why the devil has continues to take dominion over the affairs of men. I am not against the orthodox treatment. Doctors treats…But God heals, I’m simply saying that the healing power of God is greater than the opinion of any medical scientist because God created science to assist man not for man to now worship science above God. Therefore, any medical personnel that has the fear of God and recognizes HIS supremacy in the affairs of men cannot stand against the healing power of God through the medium of the Anointing water.

As believers, let us be wise and resist the antics of those promoting the scheme of the devil. The powers that rule this world are against the true Church of God. Any minister of the gospel that does not conform themselves to the things of this world are enemies to the world and its institutions. Why is it that most world media platform like promoting anything that speaks evil against the Church of God? Why are they unconcern in those extraordinary healings, deliverance and awesome miracles that take places in the household of God? Is it that Faith healings and deliverances piss them off. To them, Christianity is a big business and those who believed in Faith healings and deliverances in the name of God are still living in the Stone Age. But those who are conformed to the things of the world, like those who accept homosexuality and transgender patience as ‘normal’ are classified as more sensible, liberal and tolerant. That is the world we are living today. May God save our leaders and redeem our world….Amen!

Note: we are not against those possessed with the spirit of Homosexuality or the transgender, time without number we have shown our support for them and emphasis why they need to visit any living Church of God for their deliverances from this deformity called homosexuality.

One thought on “EBOLA VIRUS: The Opposition Forces in Sierra Leone”