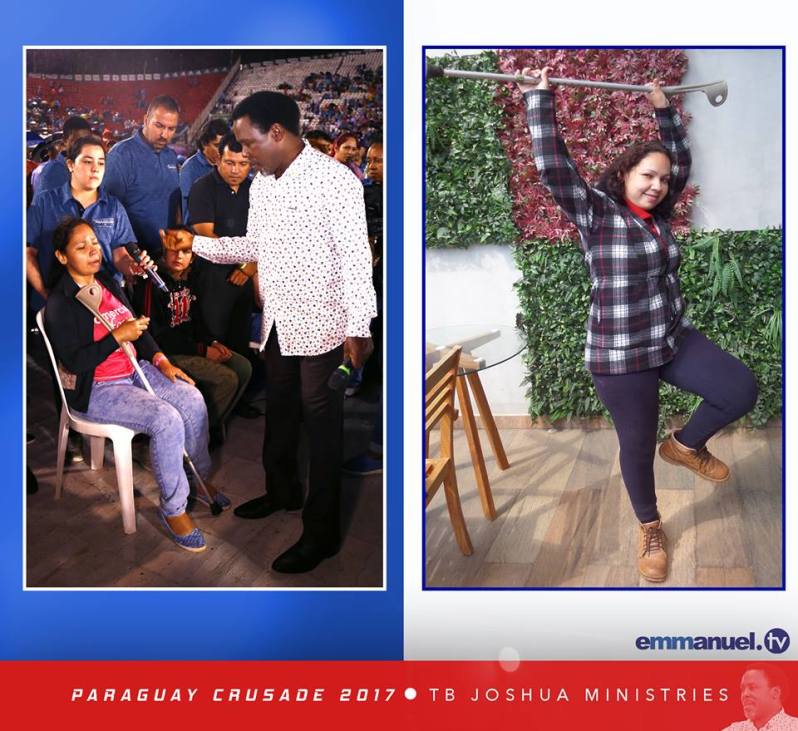 Irma Estigarribia’s whole life turned around when she had a terrible car accident. Her leg was damaged to the extent that she could no longer walk without the aid of a crutch. The doctors wanted to do an operation but Irma opted not to, having faith and trust that Jesus would heal her and restore her broken body to normal.

When T.B. Joshua came to Paraguay for the crusade, Irma felt that he was coming because of her. She had an unquenchable faith that she would cast her crutch aside and sure enough, she did! At the Prayer Line, when Prophet T.B. Joshua prayed for her in the name of Jesus Christ, strength and energy surged through Irma and she stood up confidently. As she began to walk, she dropped her crutch on the floor, as a sign that its time in her life had ended, once and for all.

The Emmanuel TV Team met Irma days after the crusade and her faith is as strong as ever. she beamed, Standing firmly on the leg that was once damaged and holding the crutch above her head in a defiant pose, Irma exclaimed, “It is as if I never had the accident in the first place”, testifying of her total healing in the name of Jesus Christ.