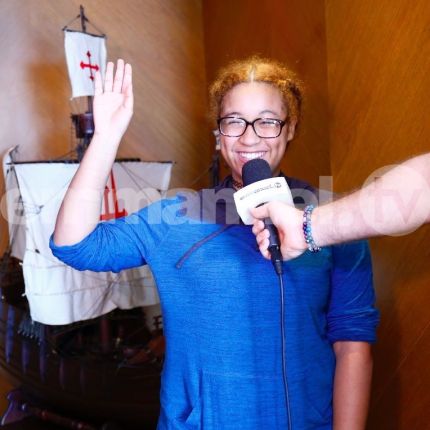 From a young age, Arodis Guzman was attracted to witchcraft. There seemed to be an almost eerie fascination with the spiritual realm, which soon led the young American down a dangerous path. What began with watching horror films, reading Harry Potter books and looking up horoscopes nosedived into deeper demonic entanglement as the young girl, egged on by her sister, began reading spiritual books and researching online about spells and charms. Her zeal for sinister spirituality soon took a heavy toll as depression and a feeling of overbearing emptiness increased their grip.

It reached a critical level when Arodis decided to attempt suicide, slitting her innocent wrists many times. Even then, her problems showed no signs of abating. Unhappy to see her daughter’s slow descent, her mother insisted that she travel to the Dominican Republic to attend the Crusade with Prophet T.B. Joshua. Even though Arodis didn’t know much about the prophet – she had only watched a few videos online – she decided to heed her mum’s advice and come to the Crusade. “I thought it would be painful when the prophet prayed for me,” she recalls, having witnessed people around her fall heavily to the floor after receiving prayer. “But the moment he touched me, I just found myself on the ground.” On the floor, all the feelings of heaviness, depression and suicide left. “I have enjoyed peace ever since then,” she testified. “I don’t want to have anything to do with witchcraft ever again!”