Faith in Jesus Christ is a necessary condition for true spiritual healing, blessing and salvation. When the man of God says, “You are healed”, you are healed indeed – but you have a role to play. Remember, when Jesus met the man He healed at the pool of Bethesda, He said to him, ‘Look, you are healed now but you have a role to play or else you will not only lose this miracle; worse things will happen to you’ (John 5:14). What is this role Jesus is talking about? Jesus was telling him to accept the miracle by faith.

How do you accept a miracle by faith? We accept miracles by faith when we recognise the reason for the miracle. The Bible says the only genuine reason for receiving is salvation. When you receive for the sake of salvation, whatever you receive would stand the test of time because then you would worship the Giver rather than the thing you are given; you would worship the Creator rather than the created. Whatever we receive would come with the peace of God that would give us fulfilment in Christ and when you are fulfilled in Christ, you lack nothing and want nothing; you are content. When you are content, whatever anybody achieves out there does not matter to you. You would believe you are what God says you are. This is what I mean by seeking for salvation.

In Romans 15:1-3, the Bible stresses the need for us to always appreciate the fact that we are not evenly gifted. The strong should strengthen the weak with all their substance. What is your strength? Your strength might be in the area of money while mine is in the area of divine knowledge; yet another’s may be in the area of wisdom, counselling, healing or craftsmanship. Whichever area you are strong in, you are expected to use it generously to strengthen your fellow brother. This is the true meaning of ‘true friendship’.

Anyone who gives to others is, according to Apostle Paul, charitable. When you are in the business of giving charitably – I mean, sowing into other people’s lives – God, who is the Dispenser of all good, would give you, in His mercy, abundance of good so that you might enjoy sufficiency and abound in good works. So anyone who gives to others is conscious of the future. To the carnally minded, money, service or sacrifice given in charity may seem thrown away but when given in proper attitude and intent, it is seed sown from which greater increase is expected.

Works of charity should be given carefully and cheerfully in thought and design. It takes grace to give cheerfully. Those whom God calls for any service, He will make fit for it. If you are called to run by God, He will help you to maintain the speed. God wants you to run but with a purpose. If God calls you for what you are doing, He will make you fit for it. To maintain true friendship therefore, we should spend less on ourselves and more on others. This is the only way we can commit more faith and love in the society of which we are a part. 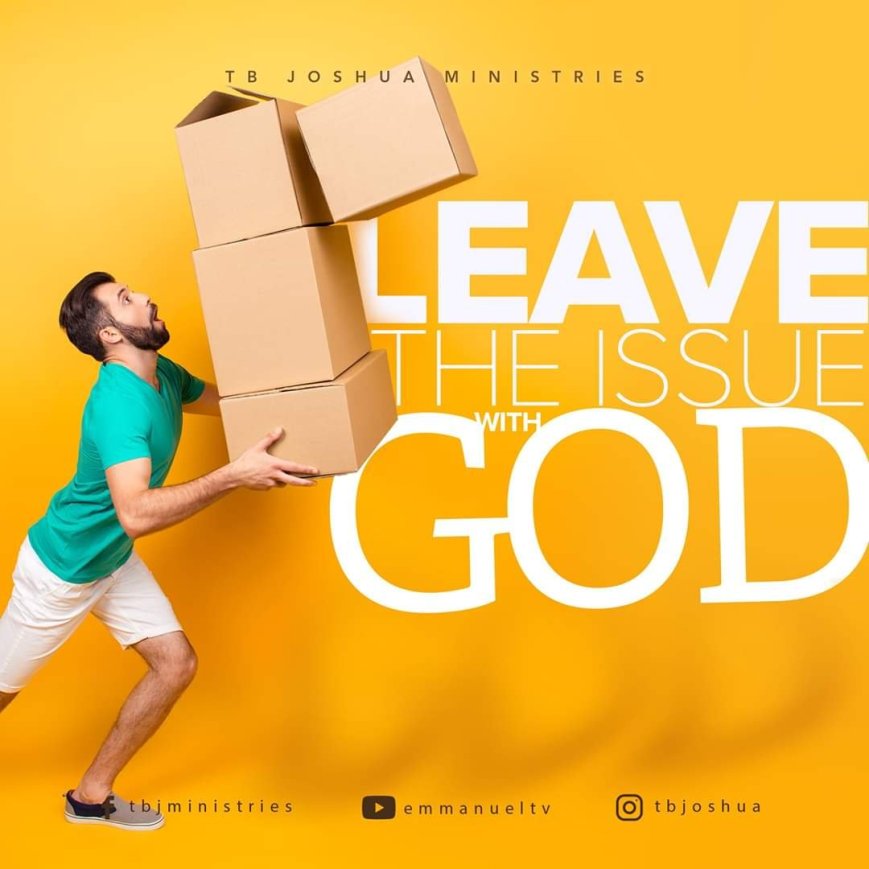 It is the goodness of our cause that interests God, more than our physical and mental disposition. This explains why the young, rustic and seemingly inexperienced, tactless David could defeat Goliath in battle. This explains why weak people like me, who are without great strength, fast legs or smoothness of the tongue should ever remain grateful to God for the purpose HE has designed us for. HIS divine cause is what we are born for, it is what we are living for and it is what we are going to die for. As a Christian, when you understand this philosophy of life, you will continue to strive, press on – after that divine cause for your life.

After struggling, after our hard labour, God would still have to mark our work. When we have done everything, we must leave the issue with HIM. If we succeed, we must give HIM all the glory. However, there are factors beyond human control, which stand for unexpected events. We may meet failure and setback in those very plans we have promised ourselves high success and satisfaction. If we fail, we must submit to HIS will, for we may not know when our time is coming. Remember, everyone has a divine cause; the way and manner God executes HIS plans in people’s lives differ. That is why we should give all glory to HIM in success and submit to HIM when things seem otherwise.

Love for fellow man breaks down all barriers; it melts all hindrances. Love has ears to hear the heart. It dissolves prejudices, misunderstanding and suspicion. Love triumphs over our mistreatment, defilement and persecution.

How do you assess your love for God? By the practical things in our lives. We assess our love for God by the number of times we lovingly think of Him daily, by the degree of hunger we have to read His Word. I mean, the amount of time we save to read His Word. The more we love Him, the more precious His Word will become to us. If we love Jesus enough, we will make it our habit to say, “I love You, Jesus”. 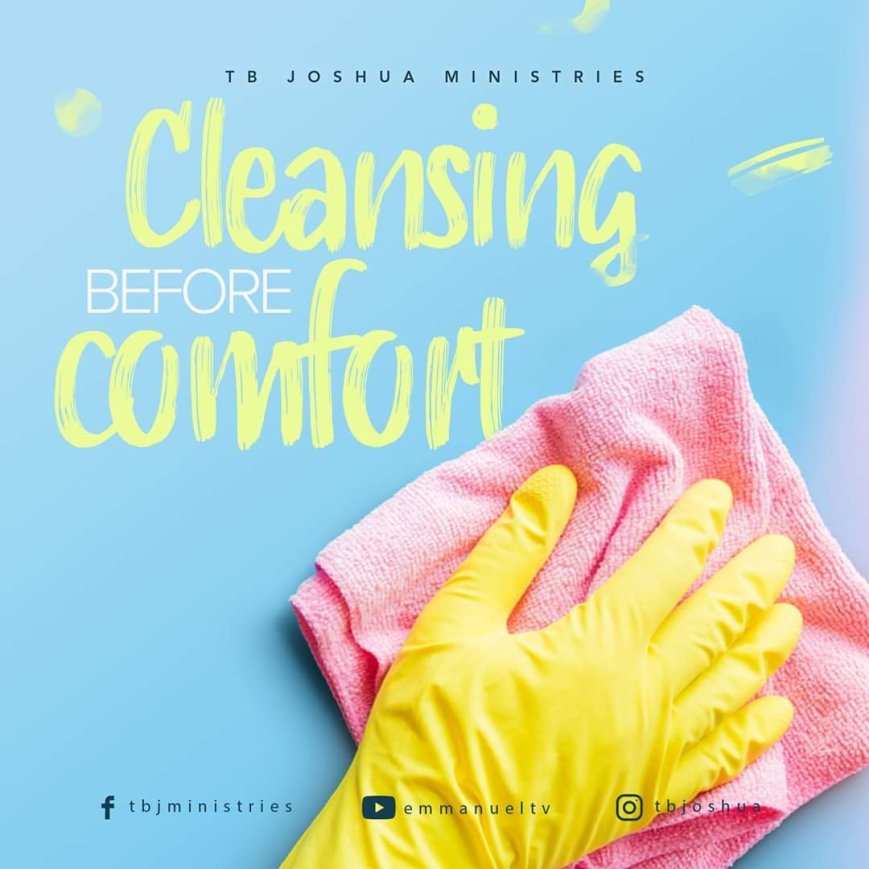 Remember Psalm 51:6 reads ‘inward parts’, meaning the innermost being. This is the heart – the communication point for the Holy Spirit (Romans 9:1). If we are to ask for forgiveness, we should ask for forgiveness in the ‘inner part’, not in the form of fasting and praying or waving of hands in worship without a thorough reformation of heart and life.

What David was saying was that it was only after a thorough cleansing that he would be able to experience the joy of salvation. How do we then come before God in sincerity and humility of heart? We can come before Him when we ask Him not to comfort us until He cleanses us from our sin. In other words, we are seeking first the Kingdom of God, which is the salvation of our soul (Matthew 6:33). 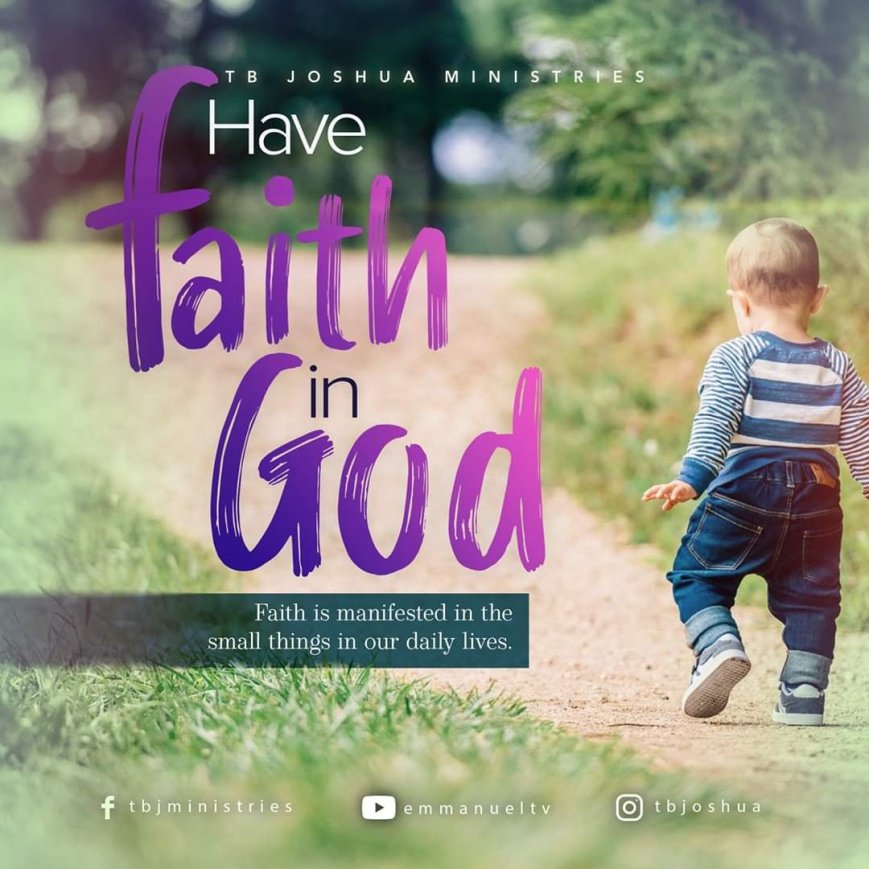 Have Faith in God

If we have faith in God, we should not just believe in Him when we encounter extraordinary events and face impossible tasks or absolute perils. Not only should we know God as our sovereign, supreme Lord but we should know Him like children know their fathers. We are constantly under His care and protection. The powers of the Heavens are behind us and backing us up so that in all things we can overcome through the Divine power.

We speak about faith and say man ought to have faith in God but how should one have faith? We have faith in God through the daily things around us. What is faith? Faith is a heart that believes in God through ordinary circumstances. If we examine our daily lives, we will find out how much faith we have. Empty profession of faith will not help us at all. Faith is manifested in the small things in our daily lives. The Bible is full of promises for every matter. As long as we have faith, God will work for us. 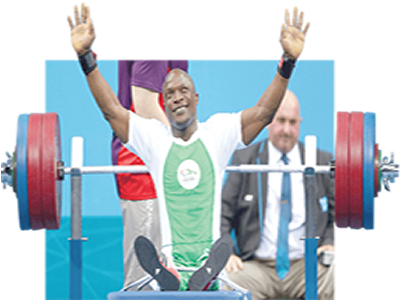 T.B Joshua’s Ministry is the greatest Victim of Fake News

Yakubu Adesokan is one of Nigeria’s most prominent para power-lifters, having broken several world records in his weight division and won gold medals in both the Olympics and Commonwealth Games.

In an interview with the Saturday Telegraph, Adesokan called out the lack of support provided for para-athletes within Nigeria from those in positions of prominence, encouraging them to emulate the likes of Prophet T.B. Joshua.

“I would like to see the country do more for us disabled people and I mean every disabled person,” Adesokan, one of Nigeria’s six gold medallists at the London 2012 Paralympic Games, stressed.

“We should enjoy social benefits like other disabled in advanced countries. I believe the government can do it because Nigeria is a very rich country; it’s just a question of government commitment,” he continued.

“Even beyond government, rich people are not showing enough passion for disabled sportsmen.The likes of Aliko Dangote, Femi Otedola among other billionaires have not really identified with us and it’s rather unfortunate,” he explained.

“Same with other multinational companies who would rather identify with footballers whenever they win a competition for Nigeria but in our own case, they don’t even show any concern,” he continued, adding that even though most European-based footballers “might not be moved” with such support, it would be “life-changing” for para-athletes.

Adesokan then recalled one of his “happiest moments in terms of being appreciated as a sportsman”as the time Prophet T.B. Joshua of The SCOAN hosted Nigeria’s Para-athletes after the Commonwealth Games in New Delhi, India.

“Prominent and wealthy Nigerians can emulate him,” he emphasised.

Concluding his remarks, Adesokan stated he is in earnest preparation for Tokyo’s Paralympic Games in 2020, reiterating his call for further support for his fellow athletes.

“We have consistently shone for Nigeria at various international championships and it would be logical if we get the same kind of attention like the able bodied athletes,” he affirmed.